Here is our review of Goliath Games Catch the Fox game! 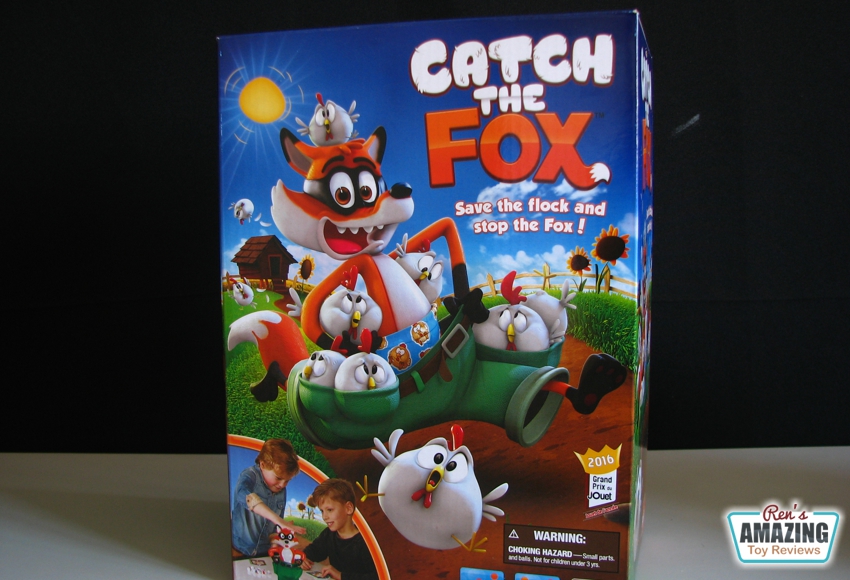 Save the flock and stop the fox! Here in the box, you can see this greedy looking fox trying to snatch all the chickens.
But when there are too many chickens, his pants will fall down and the chickens will escape! It’s for ages 4 and up and it can be played by 2 to 4 players. 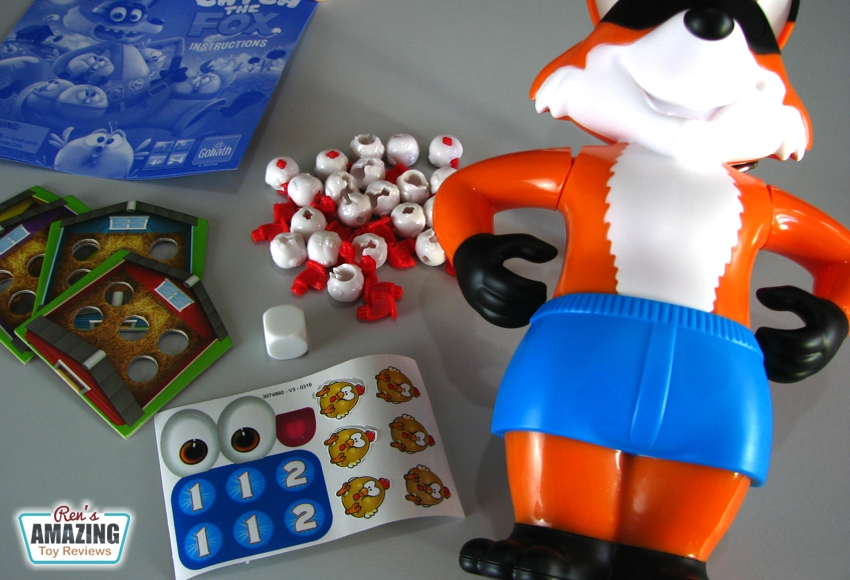 Place the stickers on the die as shown. 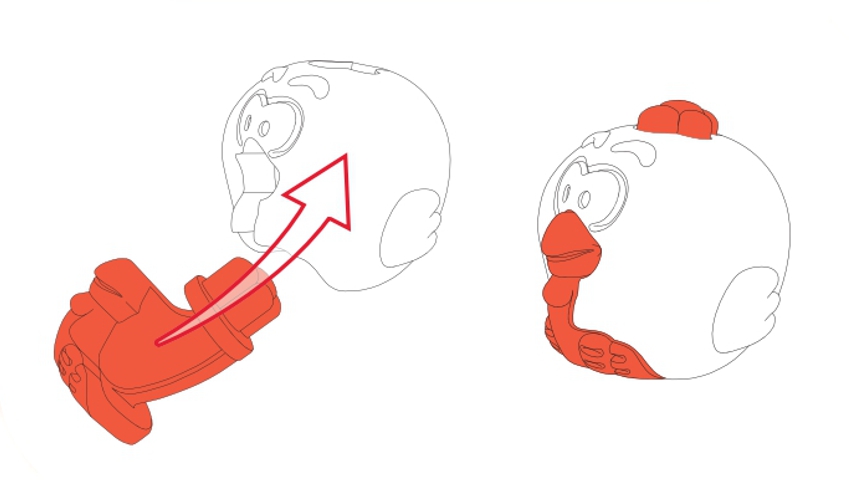 Assemble the chickens by clicking the 2 parts together as shown.

Raise the Fox’s arms up. Then turn him upside-down and pull the string under his feet. Pull his pants up around his waist,
and adjust them so that the pockets are easily accessible.

Playing the Game:
Group all the chickens then deal one chicken coop per player. The player who makes the best clucking sound goes first.
The player rolls the die and places as many chickens as indicated on the die into the Fox’s pockets.
He or She may choose any pocket to put the chickens into.

Before ending his or her turn, the player must firmly press the Fox’s head one time, until it clicks. If nothing happens,
the next player on the left goes next.

Be careful! Since the Fox is so greedy, when you press his head, he might end up losing his pants! When this happens,
you must quickly grab the chickens as fast as you can by scooping them up one-by-one and placing them safely in your chicken coop.
But you can only use one hand to rescue the chickens!

If the Fox loses his pants and no one has 5 chickens in their coop, keep the chickens you have collected in this round,
and play again until at least one player has a full coop. Whoever does that, wins! 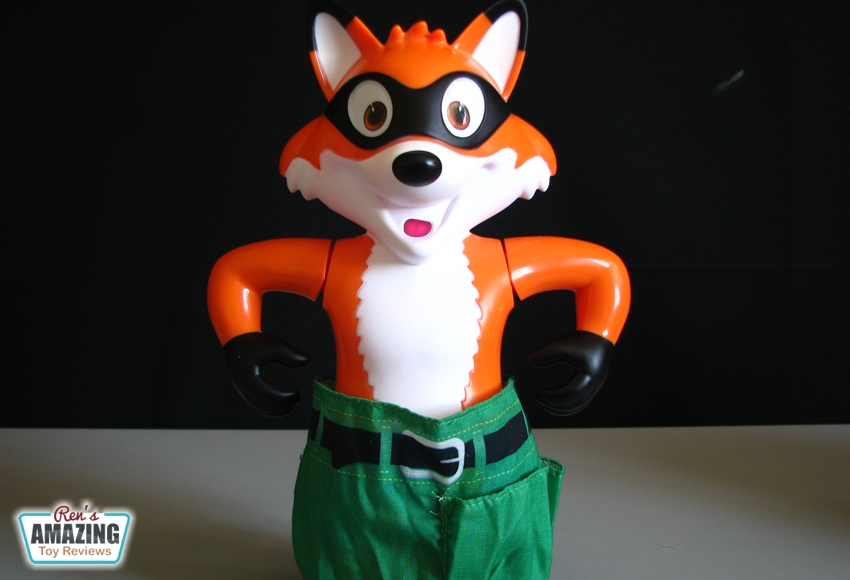 This is another fun tabletop game from Goliath Games. We really love that it doesn’t need any batteries!
Everyone will be waiting for the fox’s pants to go down! And after that, it’s a mad scramble to get the chickens!

To have an idea on how to play this game, watch the video above.

No need for batteries!

It's exciting because you never know when the Fox's pants will go down!

We're scared that the string on the pants at the bottom might get ripped off.